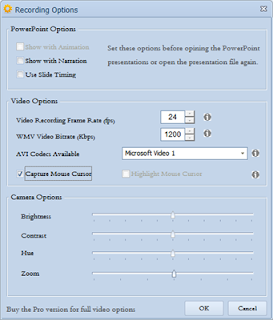 Bitrate, as the name implies, describes the rate at which bits are transferred from one location to another. In other words, it measures how much data is transmitted in a given amount of time. Bitrate is commonly measured in bits per second (bps), kilobits per second (Kbps), or megabits per second (Mbps). For example, a DSL connection may be able to download data at 768 kbps, while a Firewire 800 connection can transfer data up to 800 Mbps.

Popular posts from this blog